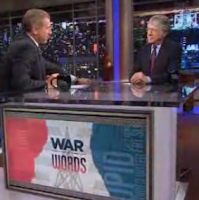 I just watched Ted Koppel on NBC with Brian Williams on NBC. The theme of their show? Cable new anchors are biased and network news anchors -- especially those of yesteryear -- are not or if they are, they don't show it. Really? Network anchors are not biased? They don't show it? They are delusional if they think that about themselves.

When broadcast networks present what they think is the all that is important in the world in the 22 minutes of a half hour news program or 44 minutes of an hour program -- it starts with its bias. When you pick and isolate what YOU think is news, you are making YOUR decision of WHAT is important and HOW to present it the viewers. That is bias.

Bias is evident by the topics they pick, the video they show, how long they show the video, the guests booked, the time given the guests, the questions asked, the correspondents hired, the graphics on the screen, the time spent on the segment, the cross promotion on other shows, how the segments are stacked, ads, promotion of the anchors, music, teases for the segments, the scripts etc. It all adds up to bias even if they have deluded themselves into thinking it does not. (By the way, print journalism is likewise biased even though they too deny it. You see it not only with the text of the report but bias is evident by such things as where the news organizations places the story (front page? above the fold?) and what picture might be attached to it (subject sneering or smiling?).