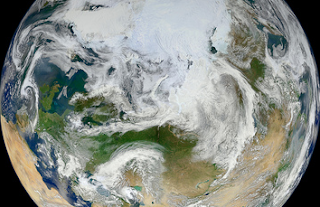 Primetime coverage of global warming at Fox News is overwhelmingly misleading, according to a new report that finds the same is true of climate change information in the Wall Street Journal op-ed pages.

According to a story by Stephanie Pappas at livescience.com, both outlets are owned by Rupert Murdoch's media company News Corporation. The analysis by the science-policy nonprofit Union of Concerned Scientists (UCS) finds that 93 percent of primetime program discussions of global warming on Fox News are inaccurate, as are 81 percent of Wall Street Journal editorials on the subject.

The researchers found that Fox News and the Journal were consistently dismissive of the established scientific consensus that climate change is happening and that human activities are the main driver. For example, a statement aired on a primetime Fox News show on April 11 says, "I thought we were getting warmer. But in the '70s, it was, look out, we're all going to freeze."

The statement refers to some research in the 1970s that suggested a cooling trend, exacerbated by pollutants called aerosols (also known as smog). However, a greater number of papers, which represented consensus in the science community, in the 1970s predicted warming, according to Skeptical Science, a climate change communication website maintained by University of Queensland physicist John Cook. Temperature records have since improved, revealing the cooling trend was confined to northern landmasses. [10Climate Myths Busted]

The most common climate mistakes on Fox News involved misleading statements on basic climate science, or simple undermining and disparaging of the field of climate science.