In a seismic shift involving four of radio’s best known voices, Fred Winston moves in to afternoons, Brant Miller returns to mornings, Greg Brown moves up to middays, and Scott Shannon moves out at oldies WLS-FM(94.7).

According to Robert Feder at timeoutchicago.com, all four moves, announced Friday, mark a wholesale realignment of the Cumulus Media station’s daytime lineup.

Winston, a Chicago radio legend who first joined sister station WLS-AM (890) in 1971 when it was a Top 40 powerhouse, has been working weekends on WLS-FM since late August. Starting Monday, he’ll be on from 2:30 to 6pm Monday through Friday. 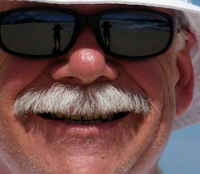 “Fred personifies WLS,” said Jan Jeffries, senior vice president of programming for Cumulus Media and program director of WLS-FM. “He is back where he belongs in the driver's seat every afternoon.”

Winston, who’d been sidelined since June 2005 when CBS Radio switched WJMK-FM (104.3) from oldies to Jack FM, said he was eager to return. "I'm proud to be joining the best team in radio today,” he said in a statement. “I'm so excited that Jan Jeffries and Cumulus brought me onboard to reintroduce myself to Chicago, afternoons on WLS-FM."

Miller, who previously hosted mornings on WLS-FM, returns Monday to join co-host Marti Jones from 5 to 10am weekdays. On Thursday, the station parted company with Dave Fogel after more than two years as morning personality.