Cord-Cutting Gets Even Worse 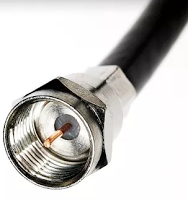 The country’s top cable and satellite TV providers just wrapped up another quarter of record subscriber declines as customers flee traditional pay-television distributors in favor of streaming and on-demand services, according to a research note from MoffettNathanson.

Combined declines for the second quarter of 2017 came close to a million subscribers, the firm estimates, with Dish Network, DirectTV, and AT&T hit especially hard. As bad as it was, the customer exodus was not as bad as some analysts had predicted

If all this sounds familiar, it’s because three months ago, the industry had just logged its worst quarter in history, losing an estimated 762,000 pay-TV subscribers. This time around, that number has jumped to 941,000 subscribers. Even Comcast, which had been bucking the trend over the last few quarters, ended Q2 with a net loss of 34,000 pay-TV customers. 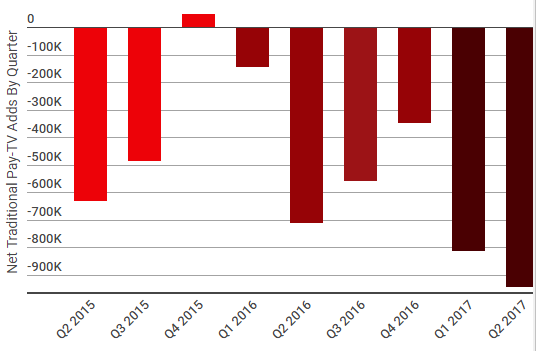 According to FastCompany, what’s really interesting is to look at the trend over the last two years. Traditional pay-TV providers–that is, if you don’t factor in streaming services–saw combined subscription declines of more than a half-million customers per quarter in five of the last nine consecutive quarters. In only one of those quarters was there a net growth.