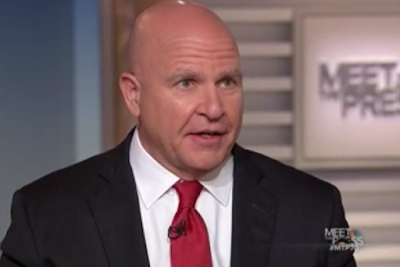 “If Steve is fired by the White House and a bunch of generals take over the White House there will be hell to pay,” Nunberg, a longtime Trump aide who left the presidential campaign in August 2015, told The Daily Caller in an exclusive interview. His comments came after an Axios report that claimed Bannon’s job is in jeopardy due to damaging leaks against McMaster and anger over a recent book touting Bannon’s role on the Trump presidential campaign.

Nunberg told TheDC that he was “very perturbed” by the Axios story and tied in Bannon’s reported downfall to the Drudge Report, which continues to link to stories that are negative to the White House chief strategist.

Drudge has not made it known why he doesn’t favor Bannon on his site. However, he has previously suspected Bannon of leaking in to an email reviewed by TheDC, and he is known to link to articles that paint reported Bannon foe Jared Kushner in a positive light.

“Matt should understand there will be serious f#%king consequences if he continues this jihad against Steve Bannon,” Nunberg told TheDC. “I was somebody with [Trump] for four and half f#%king years who understood and came up with a formula to win…Matt Drudge is somebody who wants web traffic.”

He added, “I’ll get conservative radio to talk about how Matt Drudge pushed out Steve Bannon so McMaster can control the White House.”

The conflict between McMaster and Bannon spilled out into the open Sunday with McMaster unable to say if he can work alongside the chief strategist during an appearance on “Meet the Press.”

Throughout TheDC’s interview, Nunberg focused on the idea that he and Bannon know the voter base that elected the brash New York real estate developer president.