In 1930...WBEN signed on in Buffalo, NY.  However, its history dates to the 1920s. WBEN initially used the facility built by the Norton Laboratories organization from Boston, as part of an experiment to send voice transmissions between Niagara Falls, New York, and Cambridge, Massachusetts, as WMAK. 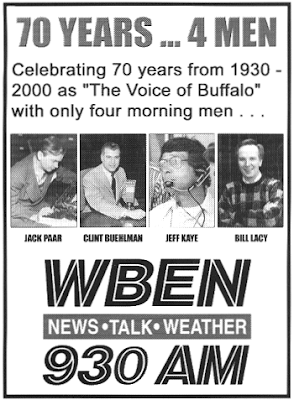 When WMAK was launched in 1922 it operated initially from Lockport, New York at 833 kHz. The station later moved its transmitter to North Tonawanda, New York (broadcasting at 1130 kHz there) and then landing on 900 kHz, with 1000 watts of power, as a result of General Order 40, which realigned American AM radio allocations in 1927–28. In the late 1920s WMAK was acquired by the Buffalo Broadcasting Company, based at Buffalo's Rand Building, which also controlled WGR and WKBW in Buffalo. WMAK was a charter member of the CBS Radio Network, being one of the 16 stations that aired the first CBS network program on September 18, 1927.

WMAK was closed in the spring of 1930 as federal regulators began probing concentration of media ownership in the nation's largest radio markets. Buffalo Broadcasting Company chose to retain WGR and WKBW while shutting down WMAK and another daytime-only station, WKEN in suburban Kenmore, New York.

At the same time, the Buffalo Evening News was granted a broadcast license of its own, purchased the decommissioned transmitting facility of WMAK on Shawnee Road in Martinsville (North Tonawanda, New York) and re-licensed it as WBEN.

A new studio complex was built at the Statler-Hilton Hotel in downtown Buffalo (chosen primarily for access to the live orchestra there), and served WBEN, its sister FM station and sister television station (which opened in the spring of 1948) for more than 25 years.

In 1941, the station moved to its current position on the dial, at 930 kHz, as a result of the North American Radio Broadcasting Agreement (NARBA).

The station also relocated its transmitter to Grand Island at during this time, increasing full-time power to its current 5,000 watts. The Grand Island transmitter and two towers are still in use today.


In 1935...A singing group called the Hoboken Four, one of whose members is named Frankie Sinatra, makes their first national appearance, performing on WOR's radio show Major Bowes Amateur Hour. 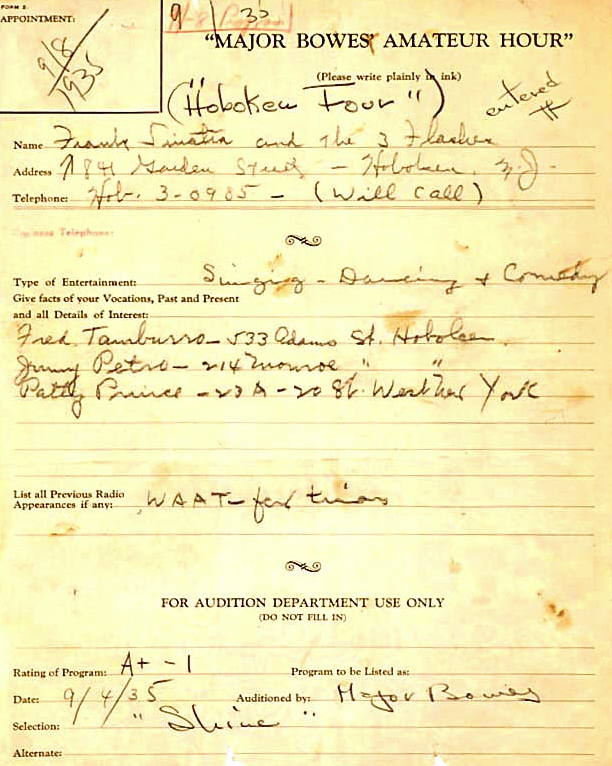 The Hoboken Four won the contest that night. Bowes said: “They walked right into the hearts of their audience.” The prize was a 6-month contract to perform on stage and on radio and they were earning a lot more than before.

The station eventually became an around-the-clock Top 40 rock and roll radio station, and would remain so until April 19, 1965—long after Freed left and three months after he had died— when it became an all-news outlet. While in New York, Life magazine credited Freed as the originator of the rock 'n roll craze


In 1957...Pope Pius XII sent a letter to all Roman Catholic bishops throughout the world on motion pictures, radio and TV. 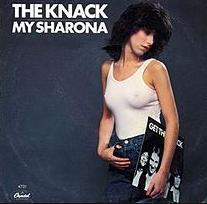 In 1979..."My Sharona" by the Knack took on all challengers with a third straight week at #1.  Chic could not get there with "Good Times".  Earth, Wind & Fire was up to 3 with "After the Love Has Gone" while ELO was up to position #4 with "Don't Bring Me Down".  The rest of an excellent Top 10:  The Charlie Daniels Band with their memorable "The Devil Went Down to Georgia", Maxine Nightingale edged up with "Lead Me On", Robert John had his biggest hit since his Top 10 remake of "The Lion Sleeps Tonight" in 1972 with "Sad Eyes", Barbra Streisand was on her way down with "The Main Event/Fight", Dionne Warwick had the #9 song--'I'll Never Love This Way Again" and the Little River Band had their third straight Top 10 song with "Lonesome Loser". 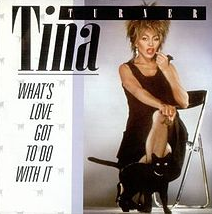 In 1984...Comeback queen Tina Turner made it two weeks at #1--"What's Love Got to Do with It". John Waite, former lead singer of the Babys, remained at #2 with "Missing You" while newcomer Cyndi Lauper had #3 with "She Bop".  Ray Parker Jr.'s former #1 "Ghostbusters" was at #4.  The rest of the Top 10:  Lionel Richie with "Stuck on You", Prince came in at #6 with "Let's Go Crazy", Huey Lewis & the News had another winner from the album Sports--"If This is It", Scandal came charging in with "The Warrior", Corey Hart was at #9 with "Sunglasses at Night" and the Cars rolled in with their 11th hit--"Drive".