In 1932...Edgar Rice Burroughs’ creation, Tarzan of the Apes began a syndicated three-times-a-week 15-minute run on WOR and other US stations.  Burroughs’ daughter played the part of Jane. The syndicated serial that was broadcast in fifteen-minute episodes and lasted for two years and 286 episodes. The first aired from 1932-1936 with James Pierce in the role of Tarzan.

In 1938...H.V. Kaltenborn made broadcasting history by covering a crisis in Czechoslovakia for CBS radio beginning on this day.  Kaltenborn was so devoted to his work that he slept in the studio for 18 days while bringing updates to his audience.


In 1970..."Fire and Rain" by James Taylor was released to radio, becoming his first hit single. 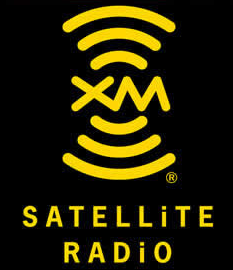 The company has its origins in the 1988 formation of the American Mobile Satellite Corporation (AMSC), a consortium of several organizations originally dedicated to satellite broadcasting of telephone, fax, and data signals. In 1992, AMSC established a unit called the American Mobile Radio Corporation dedicated to developing a satellite-based digital radio service; this was spun off as XM Satellite Radio Holdings, Inc. in 1999.


In 2003...country superstar Johnny Cash died of complications from diabetes and emphysema, at age 71.


In 2013…Inventor Ray Dolby, who pioneered the noise-reduction and surround-sound technologies used in movies, cinemas, personal computers and home theater equipment, died of Alzheimer's disease and leukemia at age 80.


In 2014...Appearing CNBC's Closing Bell show, CBS CEO Les Moonves admitted the company might "trim down radio" in smaller markets. "We still believe in radio. It is a slow growth radio. Not as fast as some of our other businesses. We like it."  Moonves ruled out CBS selling out of radio completely.
Posted 2:59:00 AM