Despite unprecedented hype around television ads that ran during this year’s Big Game, many viewers said they didn’t watch them – and even when they did, consumer recall of brands advertising during the game was uniformly low, according to a research study conducted by Nielsen Entertainment for the Radio Advertising Bureau (RAB). 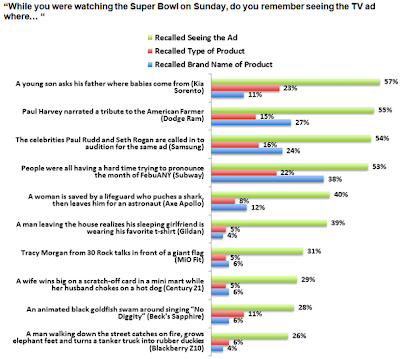 Although the game brings out the advertising industry’s best commercials, the results of the study show the limitations of television ads in selling products and highlight the fact that sight, sound and motion can distract from advertisers’ basic messages -- in contrast to radio, where the audio message is more direct and personal and is not obscured by video or picture.