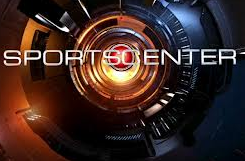 For help with its massive NFL rights bill and likely re-upping with the NBA, ESPN can continue to count on hefty per-subscriber fees that look to cross the monthly $7 mark in 2017. Based on distribution in 100 million homes, that $7 amount would give it an annual take of about $8.4 billion in affiliate fees alone within five years.

According to David Goetzel at mediapost.com, ESPN’s current deal with Time Warner Cable calls for it to receive more than $5.40 a sub a month starting in the middle of this year; then passing the $7 mark in 2017; and closing in on the $7.50 mark the following year. The deal calls for an annual increase in the 6.5% range.

By the end of this decade, ESPN is set to collect just about $8 a sub a month.

The details (which may have since been altered) of the Time Warner Cable deal that was announced in September 2010 became public at a trial Monday, where Dish Network is suing ESPN charging it with violating “most favored nation (MFN)” agreements. MFN deals look to guarantee an operator the same effective rates as other distributors.

But it is not as simple as if one operator pays $7 for ESPN, another pays the same. The trial in New York federal court makes that abundantly clear with ESPN witnesses offering insight into how operators can choose various options, giving them what would amount to effectively the same rate as what another pays.

Tom's Take: Everyone pays more for ESPN whether they watch or not. Keep this in mind when you pay your cable/sat bill this month.