Grammy winner Kelly Clarkson has hit out at music legend Clive Davis for 'spreading false information' about her in his new tell-all memoir.

According to mailonline.com, the 30-year-old star wrote a damming open letter Tuesday after the record executive claimed that she broke into 'hysterical sobbing' when he demanded that her smash hit 'Since U Been Gone' be included on her album, Breakaway.

Kelly - whose stellar career was guided by after she won American Idol - lashed out, saying: 'I refuse to be bullied and I just have to clear up his memory lapses and misinformation for myself and for my fans. It feels like a violation. Growing up is awesome because you learn you don't have to cower to anyone - even Clive Davis.'

In what is turning into a war of words between the pair the 80-year-old took to Twitter to defend his book, writing: 'I am truly very sorry that she has decided to take issue with what I know to be an accurate depiction of our time together.'

Clive said. “Before the book was published, I had every fact checked with five independent individuals who were present on a daily basis throughout it all.' 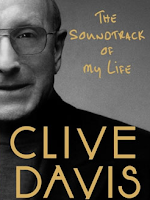 In his book, The Soundtrack of my Life, the 80-year-old music executive - who discovered Whitney Houston - tells how he fell out with Kelly over her desire to help pen her own songs on her third album, My December.

However, Davis recalled that he didn't believe the material contained a number one hit and told the singer's manager he was 'out of his mind' to believe otherwise.

He also wrote about a meeting with Kelly in which he told her that My December was “a pop album that still needs pop hits'.

But in a lengthy statement posted on Whosay, Kelly wrote: 'First, he says I burst into "hysterical sobbing" in his office when he demanded Since You Been Gone be on my album. Not true at all. His stories and songs are mixed up.'

'But, yes, I did cry in his office once. I cried after I played him a song I had written about my life called "Because Of You."

'I cried because he hated it and told me verbatim that I was a "s****y writer who should be grateful for the gifts that he bestows upon me.'