Lex and Terry Back On Jax Radio Monday 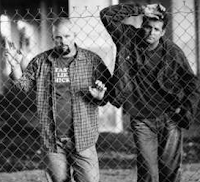 After a year’s absence from the local airwaves, the Lex (Staley) and Terry (Jaymes) Radio Show returns Monday on Classic Rock WSOS (94.1 FM) in Jacksonville, FL where the morning show duo started.

Currently syndicated out of Dallas on 24 radio stations nationwide, the closest in Gainesville and Tallahassee, this will be the radio duo’s third time on their old home airwaves in as many years.

Dan Scanlan at jacksonville.com is reporting the Lex & Terry show started at what was then Rock 105 in Jacksonville in 1992. Staley was the station’s program director while Jaymes was an actor and stand-up comedian. The show was nationally syndicated in 1997 when the duo moved to a Dallas radio station to build their network.