Longtime Portland, ME radio personality Randi Kirshbaum has formally filed a complaint for wrongful termination after she was let go by the Portland Radio Group. Kirshbaum says she was terminated because she was fearful of returning to the office due to the COVID-19 outbreak.

Kirshbaum had worked there for 38 years, WMTW-TV8 reports.

Kirshbaum has a medical condition that heightens the danger if she gets COVID-19. It could even be fatal, she says.

Chris Forgy, senior vice president of operations at Saga Communications, which owns Portland Radio Group, said Kirshbaum was not fired, but rather laid off after she rejected a lesser position to do her radio show from home at lesser pay. 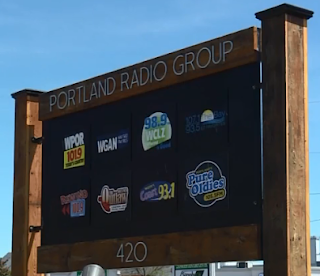 In addition to her on-air shifts for country station WPOR 101.9 and adult-alternative station 98.9 WCLZ 98.9, Kirshbaum was the brand manager for WMGX Coast 93.1.

Forgy claims Kirshbaum needed to be inside the building to perform her job adequately.

"We need to have leadership in the building. You don't lead from a bedroom in your slippers," Forgy said.

In a statement to WMTW, David Webbert of Johnson, Webbert & Young, LLP said he is representing Kirshbaum, calling Forgy's position "corporate arrogance at its worst."

Webbert added "Saga is wrong to think it can force an employee to risk her life on its say so even when her doctor disagrees and it has no medical expert at all. Saga is wrong to think that the Maine’s Whistleblower’s Protection Act and the Maine Human Rights Act and the federal Americans With Disabilities Act don’t apply to it. Saga think they are above the law and that workers like Randi have no rights unless Saga agrees. And they are wrong about that. Employees in Maine do have basic human rights, including the right not to die because their employer want them to do something that is unsafe."
Posted 1:32:00 AM