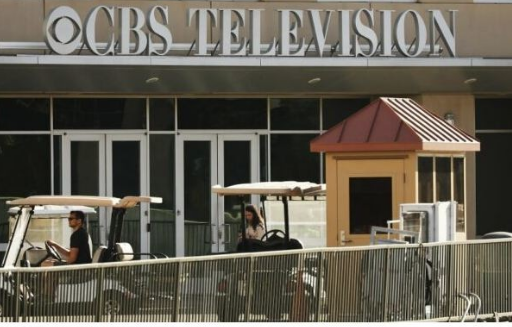 The Emmy Award-winning anchor joined KCBS in early 2017 after working as an anchor at rival Fox’s KTTV-Channel 11 for nearly two decades.

Michael became known to L.A. TV viewers in the early 1990s as a crime reporter for KABC-TV Channel 7. He provided live coverage of the Los Angeles riots in 1992, the infamous slow-speed chase of O.J. Simpson’s white Bronco and dispatches from Simpson’s criminal trial, among other major stories. 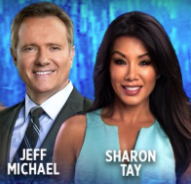 Kemp is another fixture in local broadcasting. The familiar weatherman joined KCBS in 2016, providing forecasts during the evening newscasts. Before that, he worked more than 15 years at KABC as a meteorologist.

Tay has been with KCBS and its sister station KCAL-TV Channel 9 for nearly 13 years. She became a primary co-anchor for KCAL’s signature newscasts about a decade ago.

The cuts were part of a company-wide cost-cutting that comes nearly six months after the merger of Viacom and CBS, a corporate union that executives said would bring $750 million in savings.

Since the stay-at-home orders due to the coronavirus outbreak, TV stations, newspapers and other local media have been reeling from dramatic cuts in advertising. Movie studios, retail chains and car makers and dealerships, which typically are heavy buyers of TV station time, have slashed their ad budgets. 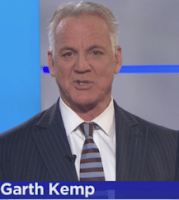 TV station economics were fragile even before the pandemic. KCBS, in particular, has struggled for years in the ratings and has experienced low morale and management turnover. Its newscasts trail KABC, Spanish-language KMEX-TV Channel 34, KVEA-TV Channel 52 and KNBC-TV Channel 4 in viewers.

“We are restructuring various operations at CBS as part of our ongoing integration with Viacom, and to adapt to changes in our business, including those related to COVID-19,” a CBS spokesman said in a statement. “Our thoughts today are with our departing colleagues for their friendship, service and many important contributions to CBS.”

As many as 400 employees at ViacomCBS were affected by the cuts, according to people familiar with the plans who were not authorized to discuss them publicly and requested anonymity. Many of the cuts were in Los Angeles, where CBS Entertainment is located, and the corporate headquarters in New York.

About a dozen people were cut from CBS’ TV station in Chicago, WBBM-TV Channel 2.
Posted 12:09:00 PM