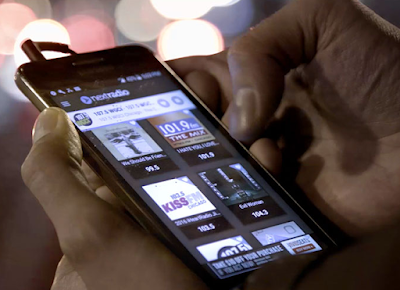 In Congress, Senator Bill Nelson of Florida is leading calls for mobile phone manufacturers to activate the FM radio chips embedded in nearly all smartphones. Those exhortations have been mainly directed at Apple, whose iPhone accounts for more than 40 percent of the U.S. smartphone market.

“Broadcasters are providing information on how to evacuate quickly, where flood waters are raging, how to get out of harm’s way if there’s a tornado or a hurricane,” said Dennis Wharton, a spokesman for the National Association of Broadcasters. “The notion that Apple or anyone else would block this type of information is something that we find fairly troubling.”

According to Bloomberg, the group, which represents radio-station owners, has been lobbying the industry for several years to allow phone users access to the FM radio feature. Now, many of the major manufacturers -- including Samsung Electronics Co., LG Electronics Inc. and Motorola Solutions Inc. -- allow the use of the chip. Apple is the only major holdout, according to Wharton.

Critics say Apple doesn’t want to cannibalize its streaming service by giving iPhone owners access to free radio service. The company released a statement Thursday asserting that apart from the FM feature, there are several safety functions built into the phone for emergencies.

While surveying the damage caused by Hurricane Irma, Nelson told WBBH-TV in Fort Myers, Florida, “There’s got to be a way we can activate the chip.” A spokesman for the senator said he was considering writing to phone manufacturers on the issue but hasn’t called for a mandate.

“The bottom line is consumers need critical information in times of emergency,” Nelson said. “If technologies, such as radio chips, exist that will help do that during times of emergencies then companies should be doing everything in their power to employ their use.”
Posted 5:29:00 AM