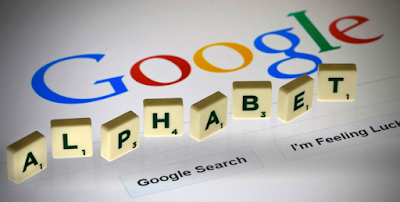 Alphabet Inc on Tuesday beat analysts’ estimate for quarterly revenue as its Google unit posted double-digit advertising growth despite the economic slowdown from the novel coronavirus.

Reuters reports a booming economy and rising internet usage have driven Google to record revenues in the last few years. But the virus has split those two trends, with consumer spending now plunging and reliance on internet services surging.

Alphabet Chief Financial Officer Ruth Porat told analysts on Tuesday that while users were searching more, they were looking up less commercial topics and advertisers were cutting spending.

“As of today, we anticipate the second quarter will be a difficult one for our advertising business,” Porat said.

Porat said search ad revenue had declined by a “mid-teens percentage” by the end of March compared with a year earlier.

Alphabet’s overall revenue in the first quarter was $41.2 billion, up 13% compared with the same period last year. The average estimate among financial analysts tracked by Refinitiv was $40.29 billion, up 10.87%, expecting the slowest growth since 11.1% in the second quarter of 2015.

Google ad sales were $33.8 billion, up about 10% from last year’s first quarter.

The company does not forecast revenue or profit. But the current quarter and remainder of 2020 could be bleak, according to some outside forecasts by ad agencies and other industry consultants. Two expected boosts to revenue - the U.S. presidential election and the Olympics - will offer smaller bumps because of the virus as campaigning grows more muted and the Tokyo games get pushed to next year. Some have estimated ad sales declines of up to 20% in the coming quarters.