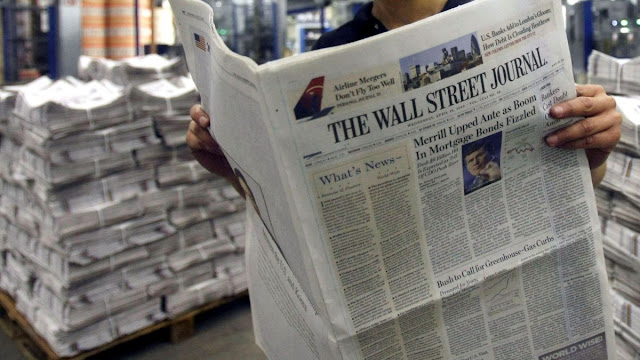 In a major escalation of a media war between Beijing and Washington, the Trump administration on Monday ordered four Chinese news outlets operating in the United States to reduce the number of Chinese nationals working on their staffs by more than a third.

The Washington Post reports the action comes on the heels of a State Department decision on Feb. 18 requiring five Chinese news organizations considered organs of the government to register as foreign missions and provide the names of employees.

U.S. officials said that by March 13, the Chinese news outlets can have no more than 100 Chinese citizens on staff, down from 160 currently employed by the five outlets. The officials said it was an effort to bring “reciprocity” to the U.S.-China relationship and to encourage the ruling Chinese Communist Party to show a greater commitment to a free press. They noted that only 75 American reporters are known to be working in China.

“As we have done in other areas of the U.S.-China relationship, we seek to establish a long-overdue level playing field,” Secretary of State Mike Pompeo said in a statement. “It is our hope that this action will spur Beijing to adopt a more fair and reciprocal approach to U.S. and other foreign press in China. We urge the Chinese government to immediately uphold its international commitments to respect freedom of expression, including for members of the press.”

In announcing the move, senior administration officials cited the disappearance of citizen journalists chronicling the outbreak of the coronavirus in Wuhan. In a report by the Foreign Correspondents’ Club of China, called “Control, Halt, Delete,” 8 in 10 correspondents said they had encountered interference, harassment or violence while reporting and described the environment for journalists as deteriorating.

“We’re witnessing an assault on free speech inside of China that goes even beyond what it was a decade ago,” said an administration official, who like others spoke on the condition of anonymity under administration rules for briefing reporters.
Posted 1:14:00 AM