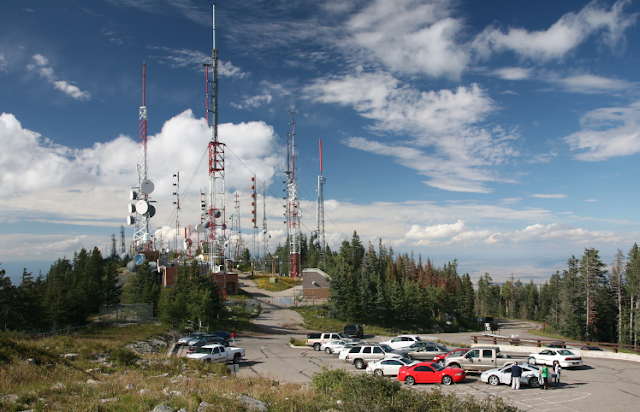 Engineers say he small concrete buildings that house operations for those transmitters wouldn't easily burn. But propane tanks, generators and electrical lines would have likely exploded if a fire had spread quickly.

A suspect who broke into a transmitter facility on Sandia Peak earlier this week remains on the loose, and it appears the individual brought enough fuel to literally blow every TV and FM broadcaster off the mountain, reports KOB-TV4.

It is an attempted act of domestic terrorism and had the efforts been successful, all broadcast television and radio stations in the Albuquerque metro area could have been knocked off the air.

Two TV engineers happened to be on the crest noticed an open door at the transmitter site and saw a flickering light inside. They also saw a man and practically interrupted the male suspect as he lit the first one of these Molotov cocktails.

There were several more placed steps away from dozens of transmitters at a facility with a huge amount of combustible materials. Propane tanks, generators and electrical lines would have likely exploded is a fire had spread quickly.