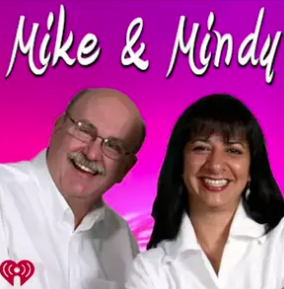 Longtime Brevard County radio personality Michael W. Lowe, who co-hosts the Mike & Mindy in the Morning show on iHeartMedia's WLRQ Lite Rock 99.3 in Melbourne, FL , has been laid off.

Friday, he said he was called into his boss's office shortly after wrapping up his morning show.

"The pandemic just basically destroyed corporate radio economically. And you know, I understand it completely. In fact, I told him, 'Look, I'm 68 years old. I worked longer than I really thought I was going to work,' " Lowe said.

"I was shooting for 50 years, which would have been in February of 2022. But we came up a little short. So I have to stop it at 48 and a half years — unless something happens," he said.

"We had a wonderful time. It was a great run. It was a corporate decision," he said.

According to Florida Today, iHeartMedia  reported a 47% year-over-year plunge in revenue during the second quarter amid the COVID-19 pandemic, followed by a 22% drop in the third quarter.

Lowe said Mindy Levy, his morning show co-host, is off on vacation until Monday.

"I called her a couple hours ago — and she was shocked as I was. But the show must go on," Lowe said.