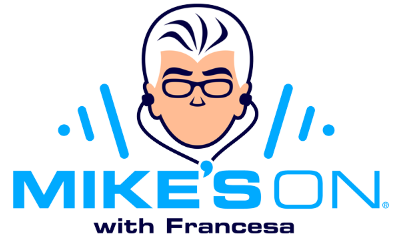 Can a sports-talk veteran make a living by leaving radio and launching a mobile app? Mike Francesa is attempting to find out, according to Bloomberg.

The longtime WFAN host started an online subscription service for $8.99 a month in late August, aiming to turn his New York broadcasting fame into a profitable business. The 64-year-old has said the platform will eventually be his broadcast home, but some critics have taken a dim view of its prospects. 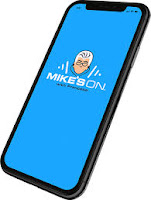 Francesa engaged in a public spat last week with a reporter who questioned the success of his fledgling app, called “Mike’s On.” The New York Post reporter posted that the service only has a few hundred subscribers. Francesa pushed back, saying he would give the reporter $10,000 for every subscriber under 800. But he didn’t disclose how many subscribers the app had attracted.

According to estimates from research firm Sensor Tower, Francesa has about 2,500 current subscribers for the service. That’s way more than 800, but down from a peak of about 7,000 subscribers, the firm said. Mike’s On offered a two-week free trial, which may have helped goose the early numbers temporarily.

According to Apptopia, another research company, the app has been downloaded about 25,000 times and has brought in about $64,000 in revenue through in-app purchases. Simply dividing $64,000 by $8.99, which would yield 7,119 subscribers, doesn’t account for two or three payments being made by the same person or annual subscriptions, said Apptopia’s Adam Blacker. 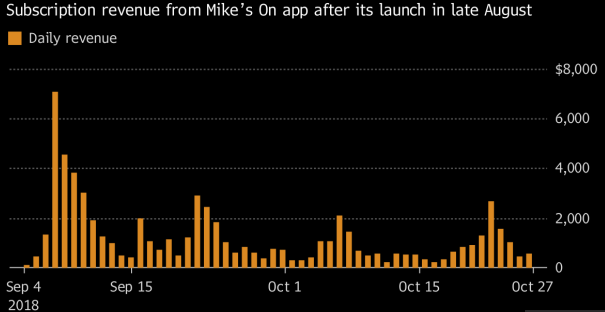 Still, Blacker notes that there has been a “major falloff” in new installs and revenue in October.
Posted 10:04:00 AM