Balfe About Glenn Beck: 'I hope he finds the help that he needs' 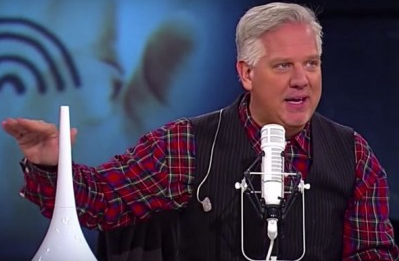 On Friday, Glenn Beck filed a 16-page lawsuit accusing his former CEO, Christopher Balfe, of fraud, mismanagement, destroying evidence and breach of contract. The lawsuit was filed in Texas on behalf of Mercury Radio Arts which serves as Beck’s production and operating company over TheBlaze.

Balfe, who served as CEO of TheBlaze, fired back in a short, terse statement Monday night.

“I feel terrible for Glenn and I hope he finds the help that he needs,” Balfe said in a statement to LawNewz.com when asked for his response to being sued.

Balfe worked closely with Beck for more than a decade, building a conservative radio and television media empire. The two split in 2014 when Balfe went to start his own company, Red Seat Ventures. He brought with him several top Beck executives, which was also a point of contention in Beck’s lawsuit.

The Daily Beast has been reporting about Beck’s financial troubles, claiming he is millions of dollars in the red.  A source, in their article, called the lawsuit “the last gasp of a dying empire.”
Posted 6:48:00 AM