What Americans Were Talking About During 2015 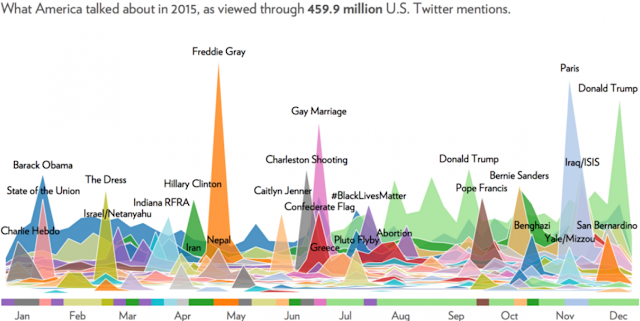 Freddie Gray, gay marriage, Donald Trump and the Paris attacks. Those were among the biggest news topics of conversation for Americans on Twitter in 2015, according to an analysis by Echelon Insights, a research and intelligence firm.

The Washington Post reports the company looked at an estimated 459.9 million Twitter mentions to break down the biggest trending topics of the year, week by week. The chart shows how those topics varied over the year. Most of the topics were political, though the Pluto flyby, Caitlyn Jenner and "the dress" also made a prominent appearance. 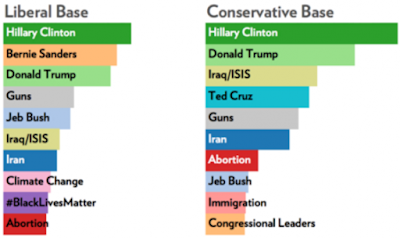