Westwood One Sports Aboard the USS America

In honor of Veterans Day, they mingled with the sailors and fielded football questions for Dickerson and Monday Night Football weekly contributors Tom Brady and Larry Fitzgerald.

USS America (LHA 6) is the first ship of the America-class amphibious assault ship class and the fourth ship to bear the name America.  Commissioned on October 11, 2014, the ship acts as the flagship on an expeditionary strike group or amphibious ready group.   America is homeported in San Diego, California.

During the Q&A, Petty Officer Santiago asked Brady which Manning brother he likes the least: 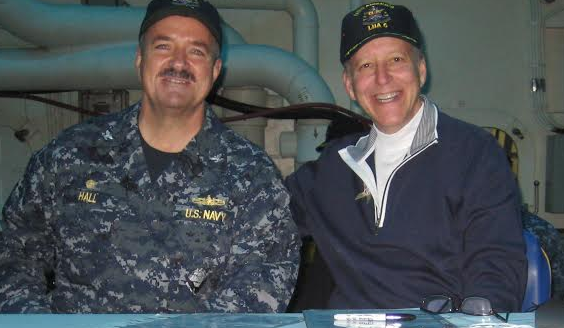