Wichita Radio: Carol Hughes, 2 Others OUT At Summit Media 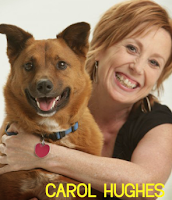 Country KFDI 101.3-FM in Wichita had layoffs recently. However, according to kansas.com, it was kept pretty quiet until news broke going into the weekend, and it reverberated for one chief reason: Carol Hughes.

Hughes was a staple at most country shows in the Wichita area in the past couple of decades.

“I have never seen a better ambassador for that radio station than Carol Hughes,” said Dan Dillon, the former news director who also could have been called one of the best former ambassadors for the station.

“Listeners loved her,” Dillon said. “Her contacts in the country music industry were unbelievable. They still are.”

Sources say the layoffs included Hughes, assignment editor Wil Day and one other employee who had been at the station only a matter of months.