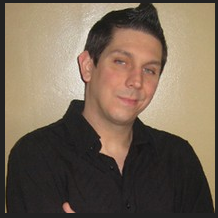 A Detroit radio DJ has died after being hit by a car in Northville last week.

The 34-year-old was hit early Thursday as he walked along 7 Mile west of Haggerty.

“The person that hit him did nothing wrong,” Wildt said. “We believe Hotchkiss walked right in front of the vehicle. From our information, he had been drinking that night. And he’s walking along the road in a heavy rain and unfortunately stepped into the lanes of traffic.”

Wildt said the driver of the car will not be cited.